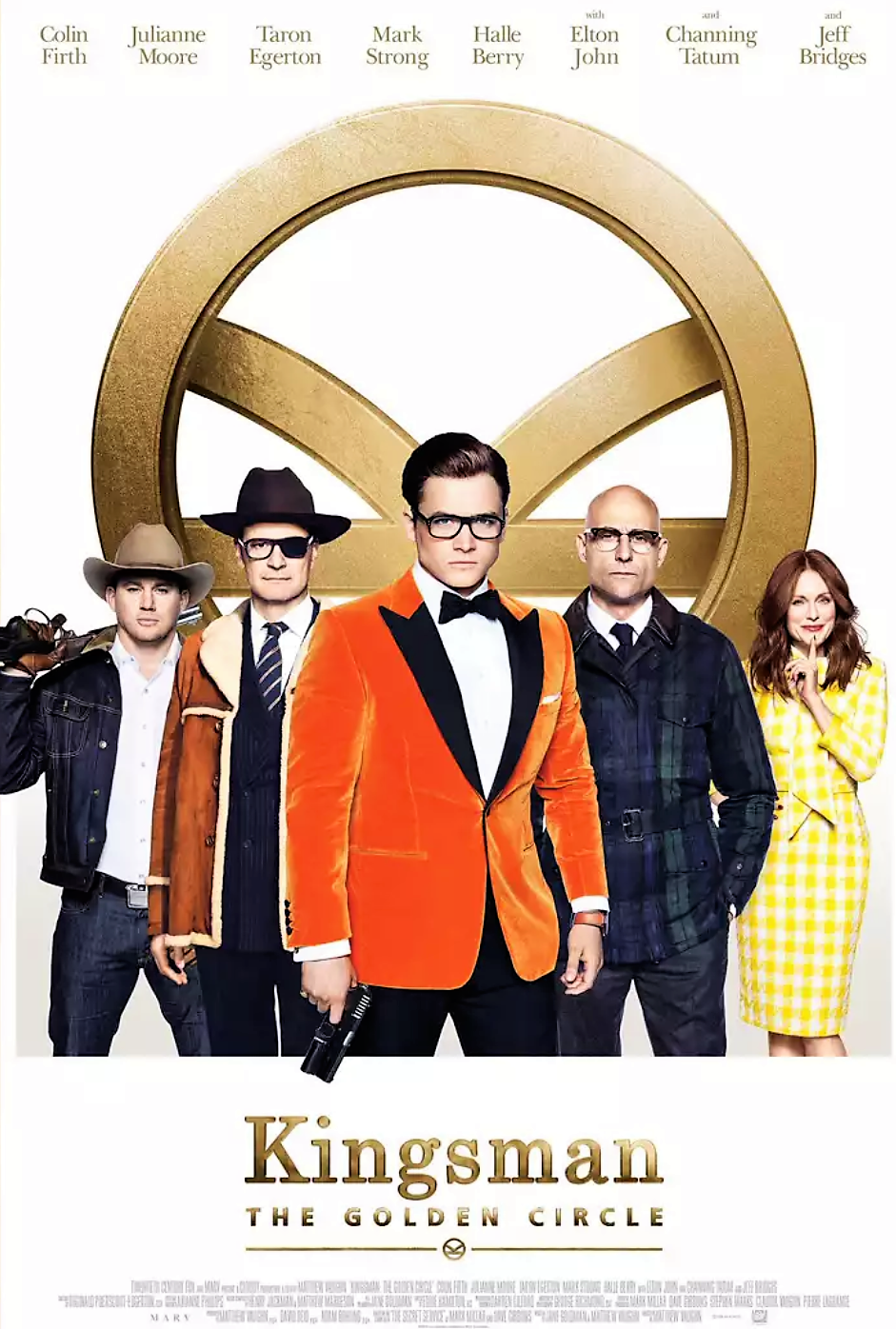 Plot & Summary
This is one of the movies that I had pretty high expectations before watching it.  Its probably cos the hype created from the successful run of the previous part of the same movie.  For those who are new to the concept, its about Spy agency working to save the world from the most dangerous criminals.  And as the name suggests, its about Kingsman who are these agents from Britain.

The movie starts up well, with one of the agents being followed by someone from the opposing agency, who was once denied the chance of being part of the elite Kingsman group.  Eggsy played by Taron Egerton is the Kingsman who is being followed by Charlie, played by Edward Holcroft.   In the 1st part of the movie, you would see the entire gang of Kingsman almost being destroyed to rubbles.  And then comes the awakening with 2 members left from the gang, one being Eggsy and the other being Merlin, played by Mark Strong.  As part of the Doomsday protocol, they are lead to gulp one of their favourite Whisky, Statesman – which is from Kentucky. Statesman also happens to run a Spy agency.  Together they chase down the dangerous Golden Circle who produce this lethal drug infecting the world.  Villains role is played by Juliane Moore who has done spectacularly well in his performance.  There is also Colin Firth who plays the role of Harry Hart, who is an agent recovering from shock.  Halle Barry who plays the role of Ginger from the Statesman agency looks good.  I would not spill more beans about the storyline, but I can say that there are some action sequences that are gripping.

Surprise element for sure is the entry of Elton John who is abducted and made to perform in front only Poppy gang members.  The thing that disappoints about the movie is the length, too many fight sequences, scenes that could have been avoided, repeated attempts to revive a member of gang who is recovering, there are times when you feel why is the scene needed. I did not feel like getting up in between the movie but surely would have loved it if 30mts of movie would have been reduced.

One thing that always keeps you always be in touch with the true spirit of the movie ie., Gentleman behaviour.  Even in the killing these is a class and style that is depicted.

Conclusion
It’s a decent movie, which is surely worth a watch one time.  The action sequences, comedy, super cool behaviour, selection of words, outfits will keep you entertained.  Acting by all the leading stars is decent.  Wish the length of the movie to have been cut short by atleast 1/3rd, it would still have been more believable. If you have to compare this movie with a bond movie, I would suggest not to.  If are not compare with the 1st part, I think it isn’t a great compare.  Go with an open mind and I am sure you will enjoy it watching it once.  I would recommend this movie to others, but would give them some warning/heads-up or may be ask them to read a bit of my review so that they can get an idea of what to expect.