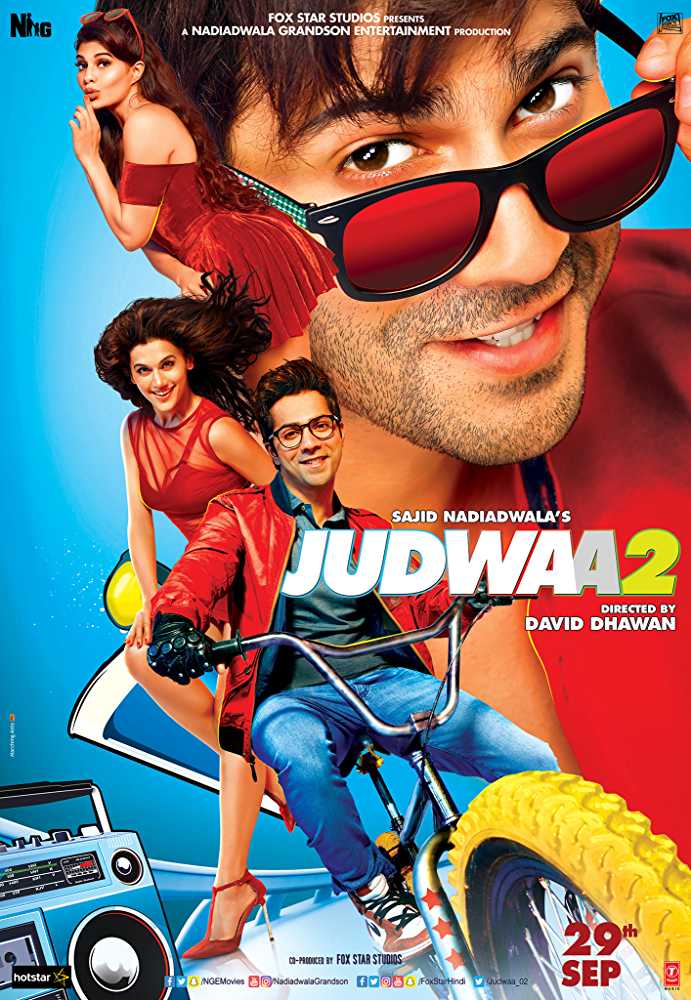 This was one of the most entertaining movies I have watched in recent times. The level of comedy and fun in a movie has increased quite a bit in the recent movies.  As a producer & director, they seem to pick up the best location and use the young actors well.  And for those who watched the original version of Salman movie that came in 1997, many of the flaws in the script have been corrected.

The movie starts off with the scene where Malhotra (role played by Sachin Khedkar), a businessman is travelling back to India after a business trip in London.  He gets a call from his wife, who asks him to return she is expecting baby anytime.  Malhotra get into a friendly conversation with notorious criminal Charlse (played by Zakir Hussain).  Charlse puts smuggled diamond in Malhotra water-bottle, when he tries taking back at hospital, Malhotra plans for his arrest. Malhotra’s wife delivers twin and Charlse ends up running away with 1 of the twin babies.  Charlse is eventually caught but orchestrates a blast scene making them believe that the 2nd baby has died.  The baby survives and is raised by Slum dwelling lady, who names the baby Raja (played by Varun Dhawan).  Malhotra relocates to London and they bring up their child who is named Prem (also played by Varun Dhawan).  But the turn of event, they both end up being in London.  They fall in love two beautiful & sexy ladies, Alishka (played by Jacqueline Fernandez) and Samara (played by Tapsee Pannu).

The fun starts when both heros end being at the wrong places and the action of one starts to reflect on other actor ie., Raja’s action causing reflex action in Prem and vice-versa.  Some of the hilarious scenes include – Prem kissing Samaara in public, Prem kissing Samaara’s mom, Prem hitting Police Inspector, Prem hitting the Psychiatrist, Raja developing pain at wrong places.  If that was not all, the dialogs are quite wonderful and hilarious.  It is also fun to watch Raja, come up various ideas of get away from a tough situation by making up stories.

It is fun ride even after the villain comes back to kill Malhotra.  Instead of dragging fight sequences, they kept it concise.  One striking difference between both the variants of the movie is that they are ironed out many of the flaws in the earlier movie with the script.

All the songs and dance sequence in the movie are great.  Varun Dhawan is an exceptional dancer and so is Jacqualine.  It was also nice to see that Tapsee dancing quite well.

I have seen the trailers for this movie and felt like watching the movie.  But when the same scenes come up on screen, it is so much fun.  Dialogues in the movies really funny and entertains the audience.  Many of the dialogs are from famous SRK and Salman movies.

Varun Dhawan  has done great acting.  He seem to know how to flaunt his 6-packs abs and shows fearless attitude.  Jacquiline and Tapsee are looking Smoking hot in the movie.  They both hail from very posh families and look ultra-modern.  Both the ladies, don’t seem to hesitate kissing and looking stunning in their outfits.  There are not many emotions scenes, so it will hard to judge the acting skills of the actors.  Other actors in the movie have also supported very well with their performance, like – Pappu passport played by Johny Lever, Nandu played by Rajpal Yadav, Inspector Dillon played by Pavan Malhotra, Mr.Bakshi played by Anupam Kher and Samaara’s mom played by Upasana.

This one of the most entertaining movie in the recent times.  Loved seeing the confident performance by all the lead actors including Varun, Jacqualine and Tapsee.  Dialogs, songs and dances in the movie are quite awesome.  Special recommendation for all to watch the ‘Oonchi Hain Builiding’ and ‘Chalti Hai Kya 9 Se 12’ song-remakes in this movie.  There is nothing in the movie that will stress you out.  Cheery on top of the cake is when Salman comes in the last scene for a guest-appearance with his original Judwaa pair.  If you are looking for a fun movie and get your money worth, just go for this movie in a theatre near your home.