Special screening of the much talked of movie, “Humble Politician Nograj” (language – Kannada, starring RJ Danish Sait & directed by Saad Khan), happened at Inox Theatre in Graude Mall, Bangalore.  The movie premier was exclusively meant for all Senior and Youth Politicians in Bangalore.  It included MLA, MLC, Corporators and Senior leaders.  This event was curated by Bangalore Political Action Committee (BPAC) who work to giving good quality of life for Citizens of Bangalore City.  I was lucky to have been part of the event and experience movie watching with politicians.  This event had various activities planned apart from the movie.

The stars of the movie Danish Sait (hero) and Saad Khan (Director) were keen to talk about the movie.  They answered many questions related to movie making experience and expressed their gratitude to public for loving the movie.

Saad Khan is a renowned dancer, acting teacher, founder and creative head of Centerstage.  He was born in Mumbai and raised in Bangalore.  He studied in Baldwin, St Joseph’s, Mechanical Engineering in MS Ramiah college before pursing his passion in acting & filming.  This lead him to US where he completed his degree in filmmaking.  Before venturing into movies, he started ‘The Improv’ which is improvisational comedy show in 2012.  That show is very popular and has some wondering stars part of it.  The movie, ‘Humble Politician Nograj’ might be his first journey into film-making, but he has done a great job.  Saad’s experience in scripting and directing plays have helped in making of this wonderful movie.

Danish Sait is one of the popular RJ part of Fever FM 104 team, Emcee, TV Presenter and Entertainer. This is first movie as an actor and he seemed to do it effortlessly.  Danish has abundance of energy and exuberates confidence who are key in the key playing lead role in the movie.

A special prize was given to one of the lucky person to be part of the movie premier at Hollywood.  This award was sponsored both by Fox pictures and INOX Movies. The prize was presented by Danish Sait inside the theatre.  I think this is the first time that a movie theatre has sponsored for such a huge prize.  It reflects the success of Inox Theatres in Bangalore and across the country. 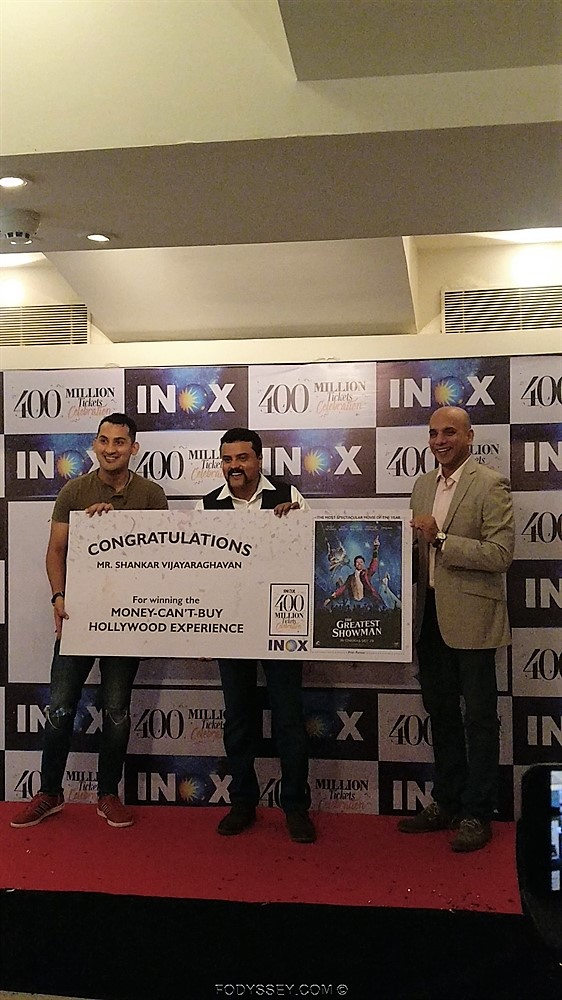 The movie portrays the rise of a Politician who wants to be an MLA.  They show how Nograj (played by Danish Sait) is smart in coming up with ideas to get work done and make money.  Impeded by a senior MLA, he then hatches a plan to dethrone him.  At the same time, they show the apathy being faced by a common man with power cuts, water shortage, road tarring issues, parking problem and others.  Many of these problems arise due to politicians and people end up suffering.

Nograj uses his antics to replace JFK (current MLA) to become the #1 candidate from the party.  At the same time, we see the rise of another entrepreneur (working in Pharmaceutical company) turned politician.  The relatively new candidate wants to bring about change by finding solutions to problems.  Nograj sees a threat and uses all his skills to make his opposing candidate uncomfortable.  Some of the tricks used include – paying for audience attending speeches, paying money to voters, tricks during voting, talking ill of other candidate and many other things.

The movie is a great portrayal of the current political system where people blindly vote for someone who is very popular.  It also shows example of how politicians use all the tricks which includes bribery, humbleness, making false promises and do whatever it takes to win the election. This movie can act as a wake-up call and a message to all voters for choosing the right candidate to win.

I need to make a special mention of the comic timing of Danish Sait and subordinates part of his party, who are just awesome.  The movie had some funny dialogues and some of the other technical aspects like scripting, editing & direction were good.

After the movie was over, the director and actor of the movie came in front of the audience and asked for open feedback.  Both Danish & Saad answered plenty of questions that were asked by the audience.  Some of the questions asked –

The questions & answer session did seem to stretch, showing that people (mostly politicians) enjoyed the movie.

This was one of the great evening being part of the movie premier with politicians.  I interacted with Danish & Saad Khan, found them to be very genuine and shared their thoughts openly.  The initiative by Fox Pictures & Inox Movies to award a ticket to Hollywood was great.  Movie was a fun-watch with lots of light hearted comedy.  It was a great start to Saad as a movie director and Danish Sait as actor, in time they will become even better.  There are many lessons that public can take out of the movie.

Special thanks to Rubin from Rubin Raj Productions for inviting me to be part of the event. 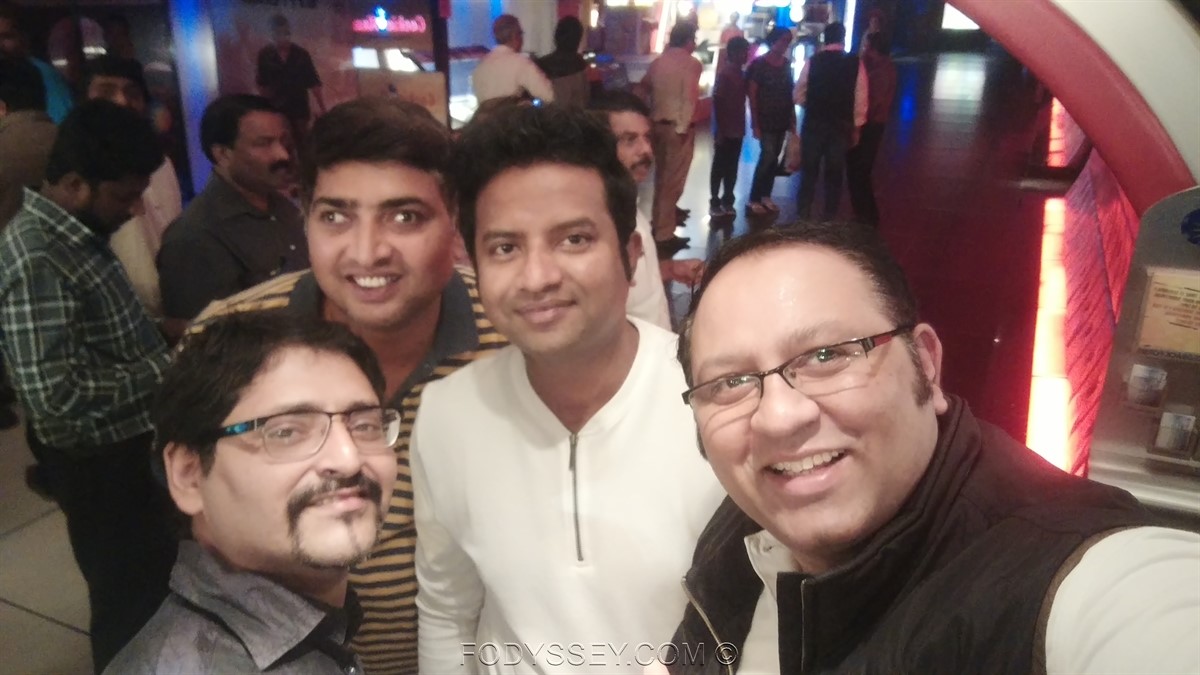