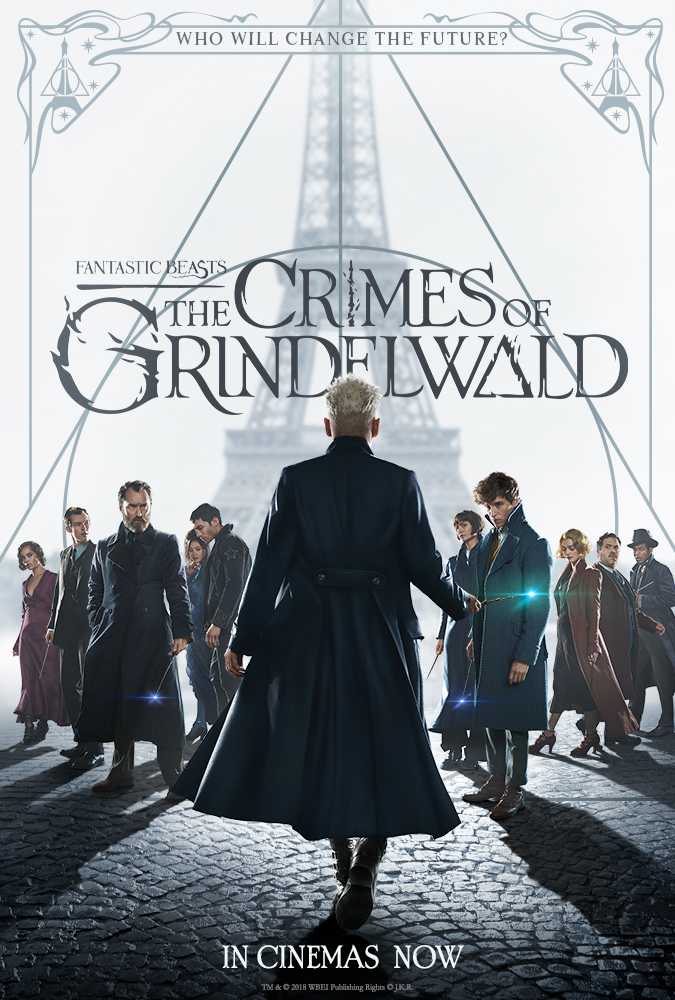 Watched the movie Fantastic Beasts: The Crimes of Grindelwald that had some amazing star-cast with many of the elites in it.  This magically thriller is directed by David Yates and of course written by JK Rowling.

The movie starts with Grindelwald (played by Johny Depp) escaping while being transported. He flees to Paris and intends to bring all wizards together, kill many of the Non-Magical common people.

The Ministry of Magic set out to capture and kill Grindelwald for his crimes. They plan on assigning the task to Newt (role played by Eddie Redmayne), as he’s an accomplished witch.  But before that they invite him to the office to lift his International Ban and suggest working with his brother Thesus (played by Callum Turner).  Newt disagrees to terms put by Ministry and doesn’t feel like working according to their wills.

Newt is approach by Dumbledore (role played by Jude Law) who share whereabouts of Grindelwald.  He then asks him to take up the task of finding Grindelwald and catching/killing him.

Dumbledore himself being a powerful witch can confront Grindelwald but can’t do it as he has a blood-pact with him.

The only thing one can feel amazed about is the special effects as the wizards show their magical powers many times.

It’s a shame that they could not do a 3D for the movie which have been amazing. Also thought that some of the special effects with blue & red fires were not up to the mark.  It failed to create impact.

It’s a decent movie that should ideally be watched in an IMAX so that the 2D effects comes out good.  Being a pre-cursor to Harry Potter movie, most of the Harry Potter fans will want to watch the movie.

The movie is decent for a first watch and one can bare to sit through the 2+ hours movie. I would like it a little more if it was better edited.

If you want to watch a decent movie with decent special effects and not worry too much about script & editing, one can surely go for it.