Motley recently hosted a special play, “Walk In The Woods” in aid of Sightsavers.  The play starred talented and very famous veteran actors, Naseeruddin Shah and Rajit Kapur.  Directed by Ratna Pathak Shah, the play received great response from knowledgeable and appreciative audience.  The play was performed at the MLR Convention Centre in Whitefield on 30-June’18 and it was houseful.  Play has been adapted by Faisal Rasheed & Randeep Hooda. 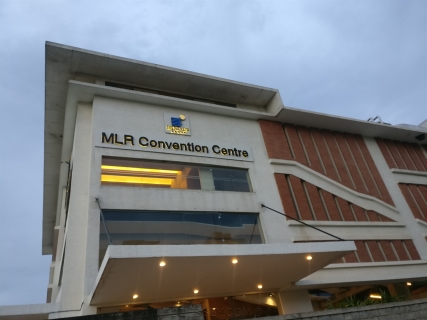 The play showcased the conversation between two diplomats, one from Indian and another from Pakistan.  Name of Indian diplomat was Ram and the character was played by Rajit Kapur.  Pakistani diplomat’s name was Jamal and the character were played by Naseeruddin Shah.  They both meet on a regular basis in a park, at a neutral location in Switzerland.  The actors performed 4-5 scenes which lasted for nearly 2.5 hours. 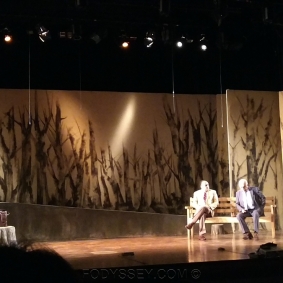 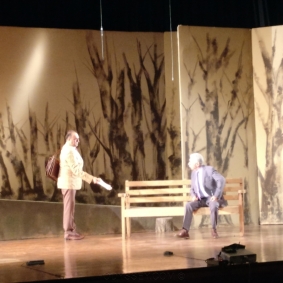 Both the diplomats have conversation around signing a peace treaty by the respective governments.  Individually the diplomats can only come up with the proposal and slightly try to influence, but they don’t have the final authority.  Ram tries to make a proposal and pushes it forward for Jamal to agree upon.  During the conversation, Ram uses the art of negotiation to convince Jamal.  The conversations and the dialogues were amazing.  There was plenty of fun which made audience laugh. 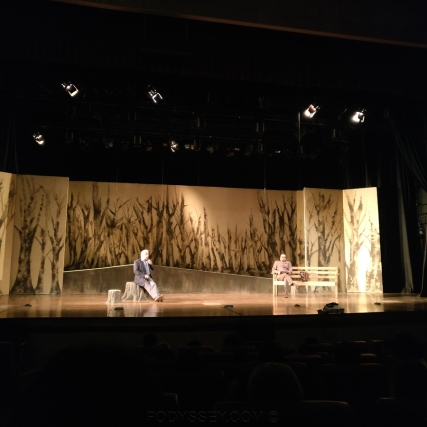 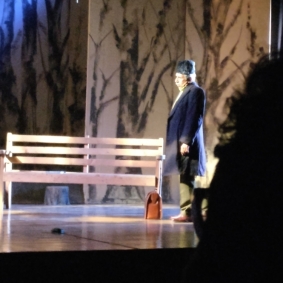 Even after the diplomats agree upon a proposal, they fail to convince the government to sign up.  They both start to contemplate if their role has any significance in the larger picture.  Though the governments don’t agree, the individual diplomats become friends.  Next scene, Ram shares an incident involving himself and a local policeman.  He shares how he gets angry on the policeman who questions him for littering.  Ram wonders why he lost his temper for such a small incident.  Jamal tries to explain that it was due to his work-pressure.  Just after this Jamal share his decision to quite the current role as he felt that he was too old.  Ram tries to stop him as he believes that they starting to understand each other more and it would be easier to work.  But Jamal sticks to his decision and tells that a new person is being identified.  Jamal also urges Ram to quit before its late, but Ram disagrees.  Now, Ram wonders how he will need to struggle to build repo with the new person.  The play ends with both the actors thinking while sitting beside each other on porch and sharing an umbrella. 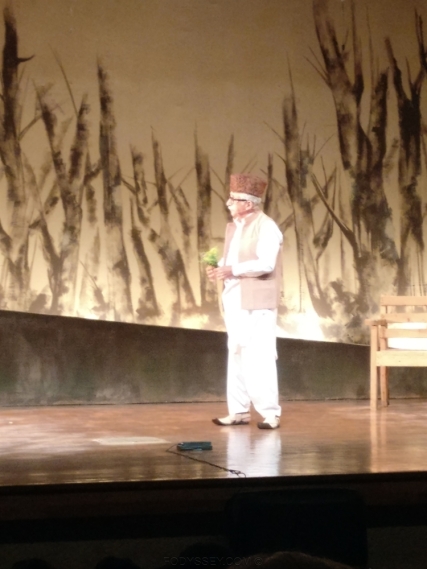 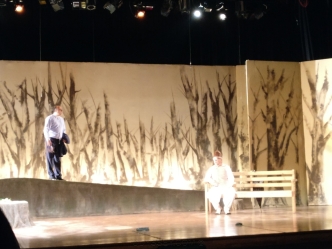 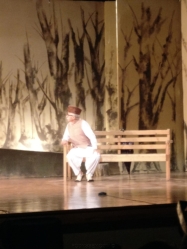 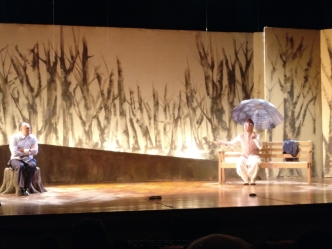 I loved some of the dialogues in the play like – Friends give hope, Hope is not a limitless dessert.  To add some special effect, they play some background sounds of Helicopter, Birds Chirping, buzzing sounds.  Lights also dimmed to showcase sunset and the actors use torch lights, which looks quite real. 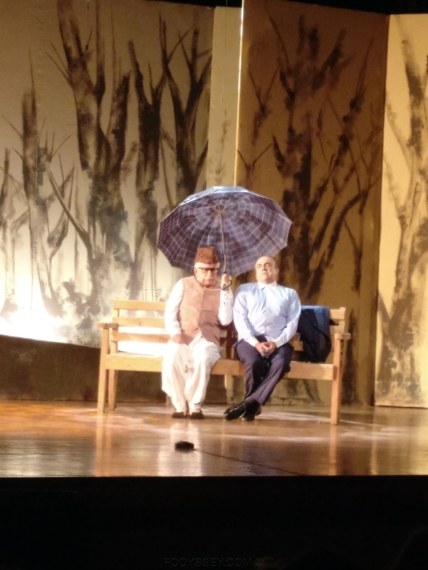 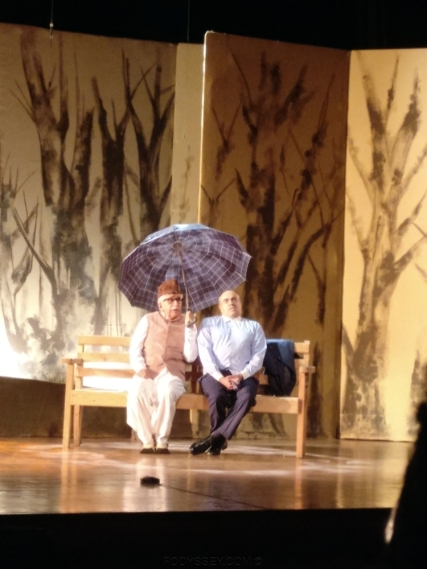 The actors show-cased their acting talent and made the performance look ridiculously amazing.  Every dialogue delivered during the play seemed to be spontaneous, yet we all know that they followed a script.  Both the actors make acting so effort, no wonder they can give such stellar performance in movies.

History of the Actors

Naseeruddin Shah has been one of the very popular stage actors and Bollywood stars.  If I were to jog back my memories, one movie that stands out would be “Jaane Bhi Yaaroh”.  Some of the other movies that that actor is popularly associated with includes – Wednesday, Tridev, Iqbal, Hero Hiralal, Chamatkaar and most recently Ishqiya.

Rajit Rapur has been known for his role as the lead detective in the popular TV Serial, Bhyomkesh Bhakshi.  But this popular actor has also come in plenty of movies in Bollywood including – Raazi, Ki & Ka, Roy, Kick, Guzzarish and more.

It was truly a great experience watching a play starring eminent actors.  We all know that the plays don’t have any retakes and it’s just one endless take.  Not a single time did I feel that any actor hesitated in their dialog delivered.  This experience will be truly cherished, and I will be looking forward to being part of many more plays.